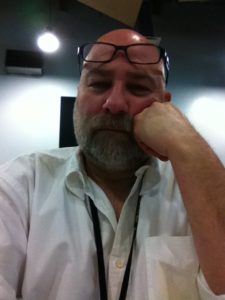 On a day I would otherwise not remember, I found myself about an hour from home and not having eaten lunch. Luckily one of my favorite authentic taco and burrito chains had a place nearby, and so I decided to fill up for my trip home.

I worked my way to the front of the line, and asked the cashier for a “carne asada” (grilled beef) burrito, no rice or beans, and no tortilla. Just the meat, cebollas (onions), cilantro, and salsa verde on a plate.” (I’m an unabashed carnivore, but I could do without the carbs of the rice, beans, and the tortilla, especially since I monitor my blood sugar.)

None too pleased that some troublemaker was jamming her daily routine, she trudged off in search of her shift captain.

I tried a touch of rational thought.

“If you make the burrito the normal way, I am going to unroll it, dump the meat on the plate, and throw out the tortilla. Let’s not waste the tortilla. Just put the meat, cebollas, cilantro, and salsa directly on a plate, not on a tortilla.”
“We can’t do that,” she tried to assure me, as if I were trying to violate a local municipal code, or perhaps, dios mio, one of Isaac Newton’s sacred Laws of Motion.

Now I swear, I do not leave my home trying to be a pain in the nalgas (Spanish for “buttocks,” more accurately, “ass”), and I’m pretty good at being sympathetic of other people’s limitations, but this was loco.

“May I speak with your manager?” I asked. “The manager of the whole restaurant.”

The two of them went off in search of the head honcho (Cowboy talk for “boss”). Clearly there was a cabrón in the house (Spanish for “big goat,” or … an unflattering body part – through which my burrito would ultimately pass, if I ever got to eat it.)

When the “queso grande” (Spanish for “big cheese”) approached the counter, the befuddled burritistas (I just made that up) relayed to him what bizarre, out-of-this-word, science-fiction piece of craziness I was trying to order.

He pondered for a moment. (I think he actually rubbed his chin, or scratched his head, or both!) He was deep in thought. The kind of thought that inspired Isaac Newton to come up with his Laws of Motion in the first place.

Suddenly, like King Solomon of the burritos, he declared, “I think we can do that.” Then he turned, arched his back, and with the two young ladies stared at the menu.

“I don’t know what I would charge you,” declared King Solomon. And he seemed genuinely confused.
“Just charge me the same as you would for a burrito,” said I, happily sharing my own talmudically-inspired wisdom.

The manager accepted the terms of this very intricate negotiation, and gave the staff the approval to form into teams to complete this massive project before them.

Back at the table, after taking my Master’s Degree diploma out of my pocket, and rereading it to give me the courage to gird up my loins (I think that’s from the Bible), I poured the cilantro and onions onto the beef, and followed suit with the green salsa.

Nobody was injured during the process (except for the cow who gave her all), the meal was consumed, my belly was full, and my head was pounding with a migraine born of the complete disbelief that I share the planet with at least three people for whom my simple request was more challenging than the Final Jeopardy question in the Tournament of Champions.

Please don’t incorrectly assume that this particular example of a lack of critical thinking skills is indicative of any particular ethnic group, gender, or industry. It is everywhere! (These young folks were born and educated in the United States.)

As a teacher, I have promised myself that I would never show impatience with a student who had difficulty grasping a concept. I promised myself that I would explain it ten different ways, if necessary, and would consciously modulate my voice to be sure to show no traces of impatience or irritation. I believe I have achieved that during my thirty-year career as a public school teacher. I was patient with the trio who tried to decode my extra-galactic request, but it left me winded.

Has anybody else in this country realized that disemboweling the quality of public school education is going to destroy everything that requires an educated workforce? (Is customer service anything like what it was in the last half of the Twentieth Century? “To speak to a representative, press “9.”) Are we still leading the world in producing the best products? (How did Japan, Korea, and Germany virtually take over the auto business in the last thirty years?)

Are charter schools, controlled by billionaires to fulfill their several agenda, the answer to the decline of public schools? Is removing teacher tenure and eliminating teacher representation going to yield better, more experienced teachers, or further empower nefarious school administrators? Is ending teacher pensions the way to keep older, more seasoned teachers in the profession?

Is anybody really contacting his or her local, county, state, or federal representatives to demand the kind of public education that made this country great in the first place?

Never mind! Just give me the damn tortilla! 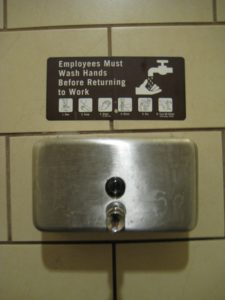 8 Responses to Tortilla As Teaching Tool