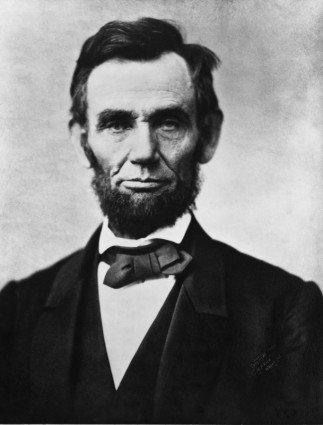 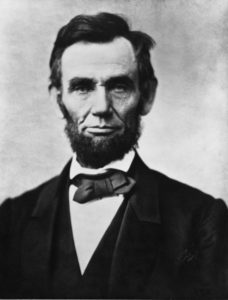 One day a young male student of mine came into the classroom bursting with glee. It seemed he had his first experience with political protest and was excited to share the details with me.

Having been fed up with being followed by security guards while shopping, this young “freedom fighter” desired to make a statement, one young man against the giant and powerful machine. He was going to stick it to “The Man.”

With great pride, he recounted in delicious detail that he grabbed a cart at the local market, apparently the scene of so much abuse to those of his ethnic group, and went aisle by aisle, shelf by shelf, selecting enough items to fill his cart to the brim and above, all while glancing at the security guard who followed him step by step. At the end of his “freedom march,” he made a dramatic gesture of abandoning his cart near the registers, saluting the security guard with his middle finger, and walked out of the grocery store, leaving the uniformed man, or some other unfortunate worker, to re-shelve all of the items that this young “Simón Bolívar” had used as props in his “rebellion.”

He paused to receive my praise, since he, like all of my students, well know that I abhor the brutality of bureaucracy, the misuse of management, and the pugnaciousness of many in power. I admired his determination to try to make a change in his world, but I simply had to tell him that he was terribly wrong in the execution of his plan to achieve his ultimate goal.

“You did the exact opposite of what you should have done,” I told him with a gentle smile, endeavoring to not hurt his feelings and embarrass him. In the field of education, this is referred to as “a teachable moment.”

He was surprised that his expected praise turned out to be a roadblock.

I explained, “That security guard followed you, and follows others of your racial group, because he believes that you cannot be trusted to behave properly in the supermarket. He feels, by virtue of prejudice or by experience, that you might be expected to steal something, cause damage, or perpetrate some other negative act. And you proved him right.”

The boy sat stunned, but reflective.

I continued, “What I believe you should have done was waved and said a sincere hello to the security guard when you entered the market, acknowledge him politely (or ignored him), as you made your rounds through the aisles selecting the grocery items you legitimately needed, paid for your items, and wished him a sincere good rest of the day when you left.”

The young rebel almost had the “dots” connected.

I concluded, “What that would have done was told him he might have been wrong to suspect you, and the countless others who bear your physical resemblance. The next time another member of your ethnic group entered, he might have been less inclined to follow. At the very least, when YOU entered the market in the future, and said hello to him again, he almost certainly would have treated you differently, and so the long healing process would have begun. Instead, YOU made the problem worse; you proved to him that he was right to follow you, and you now made it worse for the next person like you who enters that market.” With true humility and confidence, my student admitted that he had erred. In this instance, my offended student missed an opportunity to educate the security guard about his feelings about being followed when he enters the market.

To witness learning, in others and especially in myself, the collecting of true “light,” is a wonderful, life-affirming experience; it is nothing less than a blessing. I often tell my students, “I probably learn more from you than you learn from me,” not out of a sense of false modesty, but out of the knowledge that I am a much more experienced student than they are. I also realize the importance of learning whatever I can from whomever I can, especially by listening to the experiences of others. I never fault my students, or my fellow men and women, for making mistakes. Very often learning, certainly experience, is the “phoenix” that arises from the “ashes” of mistakes. (Believe me, I have “crashed and burned” more times than I care to recount.) In this case, my student, and I, learned a valuable lesson. For days like this I will always be grateful that I have had the amazing experience of being allowed to be a teacher/student.

Many of those among us have traveled, and continue to travel, over a rough and rugged road. We cannot presume to know how our brothers and sisters are affected by their individual journeys. We can only try to do our best on our own journeys and not make the journeys of others more difficult.

It is my wish that those of us who feel conflicted about the issues of the day would take a step back. Maybe we could all try to see each situation from the point of view of those on the other side. Maybe we could eloquently explain what we have seen on our journeys without demonizing those whom we hope to educate. When we demonize we alienate, and when we alienate we push away those whom we need to bring closer so that they can understand what we are feeling, and that we can likewise understand them.

And I’m sure if we do that, from the heart, “by the better angels of our nature*,” we will be able to reap the benefits of the peace and harmony we all seek and so desperately need.

*Abraham Lincoln’s First Inaugural Address (1861) Closing Paragraph
I am loath to close. We are not enemies, but friends. We must not be enemies. Though passion may have strained, it must not break our bonds of affection. The mystic chords of memory, stretching from every battle-field and patriot grave to every living heart and hearthstone all over this broad land, will yet swell the chorus of the Union when again touched, as surely they will be, by the better angels of our nature. 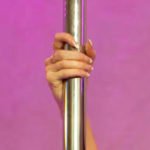