Several years ago, on one of my self-guided excursions through Mexico, I arrived at the city of Guanajuato, about three and a half hours east of Guadalajara. When I saw my old friend Socorro (“Coco”), she sadly informed me that her father had died in a car accident earlier in the week, and his funeral had been just the day before.

When I met Coco on an earlier trip to Guanajuato, she took me to the Museo De Las Momias (the Museum of the Mummies), and explained to me that in her native state, because of an apparent shortage of usable cemetery land, unless one paid for perpetual burial, the interred person was allowed to rest for five years in his grave, and then was exhumed to make room for another occupant. (The bodies that were mummified by the minerals in the soil would be placed in the local museum, whereas those that were not received some other fate.)

I expressed my condolences to my friend, and then asked whether I could ask a somewhat delicate question.
I referenced the burial practices she had taught me before, and asked whether her father, who seemed to be a man of some means, had previously reserved burial space for himself.

Coco told me that he had not, but that she and her family opened the grave of their grandmother, and since she was “nada más de huesos” (nothing more than bones), they stretched her out in her shroud, and laid her father in the same coffin alongside his mother.

The color draining from my face, and the attendant grimace, elicited a laugh from my friend, even at such a rough time for her. “You Americans,” she marveled, “have a very different view of death than we Mexicans have.”

I confided that the idea of opening my grandmother’s grave was beyond the scope of my imagination, and handling her bones to make room for another family member was simply inconceivable.”

The sentiments of my friend actually brought me comfort. It was clear that while my friend mourned the loss of her father, she had a less grim outlook on the finality of his death than most of us have.

On another one of my journeys to Mexico, I visited a cemetery, on top of a mountain, on an island, in a lake, in the state of Michoacan, to observe and partake in the festival Día de los Muertos (“Day of the Dead”). While most of the visitors were cramming themselves into the small chapel in the cemetery to observe the Christian religious service, I had occasion to meet a handful of indigenous women who were sitting on top of the graves of their loved ones. They graciously invited me to sit down with them, and proceeded to point out who was buried where. They shared their cider and bread with me, and explained that the foods they brought were the favorite foods of their departed family members.

From my previous research, I had learned that this was the day of the year when they believed the spirits of their bygone relatives ascended from the graves and communed with them. They felt that the souls of their departed family members were literally above the ground and among them. I asked whether this was a sad day for them. One of the women replied simply, “No.” I asked whether it was a happy day for them. With almost no emotion, the same woman replied, “Yes.”

My own views on death have evolved since my early youth, when I sometimes cried myself to sleep after realizing that one day I would not be here anymore. Life would go on, but I would not be here to experience it. In time, nobody would even visit my grave, and I would be forgotten. Yet, I could not believe that as complicated beings as we are, that the end of the life of our bodies was really the end of us. Would I really just burn out like a light bulb, and spend forever in a box underground?

I have photographs, and countless memories, of my grandparents. I share them, and the lessons I have learned from them, with my niece and nephews who were born after my grandparents passed away. So, are my grandparents really “dead”? I acknowledge that I cannot meet them for lunch, but are they really “dead”? They most certainly live on in my life, and they are a part of the lives of my brother’s children, even though their physical lives did not overlap in time.

Here is what I have surmised, and what I believe:

The beings that we are, inhabit the body we were given. We are complicated, deep, and beautiful beings. At some point our bodies (like our cars) stop working. When that happens the person/mind/personality that we are (call it the “soul,” if you like) leaves the body. Per our anthropological customs, we bury (or otherwise dispose of) the body we used to inhabit (or “drive”). The soul, the true essence of who we are, goes to a much better place (call it “heaven” if you like) where all the trials and tribulations, and the heartaches and physical pains of our terrestrial lives are gone. It seems logical to me that we would cross over to be with our family members who departed before we did. This would be the perfect time to meet the ancestors we never met, but heard about, saw pictures of, and whose blood we carry in our veins.

The final aspect of this scenario, for me, is the belief that in that limitless realm, we are able to look back at our earthly loved ones from a place of unimagined comfort and joy, only lamenting that we cannot let them know how beautiful the new place we inhabit is, and how happy we are. Our ancestors inform us that when they left, and we mourned them, they too wished they could tell us that everything was beautiful, but alas they could not.

They inform us that our earthly loved ones will join us in that better place when the time is right. Until then we watch over them, share in their happiness and feel sad for their sorrow. At that later time, they will join us and we will be lovingly reunited. And when they lament that their survivors are painfully missing them, we will, in turn, explain the cycle to them.

So, my earthly loved ones, especially those of you who have dealt with loss, please heed my beliefs. Your departed loved ones are well. They are blissfully happy in their pain-free world, communing with their ancestors in an eternal family reunion. They can see you. They are watching over you. They are rooting for you. And you will see them again, when the time is right and not before.

In the meantime, live your life. Don’t despair and make them sad. Carry your beautiful memories with you. Be the model of the kind of person they taught you to be. And talk to them, for they are truly with you. 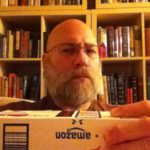 One Response to Not Really “Dead”