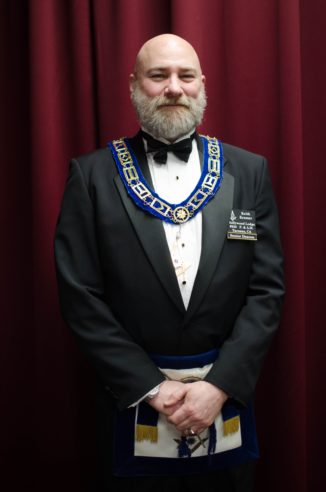 I am a Mason. More accurately, I am a Freemason.

A few years back, at a particularly tough time in my life, a man I had never met, who was professionally obligated to help me through an unpleasant situation, came to my aid. He wore a ring on his hand featuring the symbol of Freemasonry. I asked, and he confirmed that he was a Mason.

One of my granduncles was a Mason, but I hadn’t known him very well, and I was young when he passed away. I knew George Washington and Benjamin Franklin were Masons, but really didn’t know what that meant. I had seen the “National Treasure” movies, and read Angels & Demons and The DaVinci Code, but I really didn’t know anything about Freemasonry at all. I thought it was more or less a very old trade guild, or an older gentlemen’s society based on such, sort of like what I imagined the Elks Club, the Rotary Club, and the Lions Club to be. I never acquired any of the negative opinions that are propagated by the delusional and poorly educated conspiracy theorists, but I never pursued any of the gentlemen’s societies because I wasn’t a joiner and I certainly wasn’t a follower. (It was this same sentiment that kept me from a possible career as a military officer, for which I had tested quite high.)

I asked my new acquaintance to tell me about Masonry, but he refocused my attention on the issue at hand, and assured me we would discuss Masonry later. We went into the meeting I had demanded, which he had arranged, and this man, although small of physical stature, revealed himself to be a giant. He was calm, eloquent, stated my position with the utmost professionalism (whereas I wanted to use a baseball bat), and even invoked an ancient, spiritual thread that completely floored me. Those across the table from us really had no response, and I quickly became confident that this man had achieved a “slam dunk,” and in a workman-like way, vanquished the evil force I had chosen to confront.

Outside, after barely being able to find the words to describe how impressed I was, I pointed to his ring and I said, “Okay, now tell me!” I figured if there were a group of men, and this man was any example of what those men were like, I wanted in!

This man, let’s call him Steve (because that is his real name), told me that Masons don’t recruit members. A man who is interested in Freemasonry asks a Mason to explain it to him, and then visits a lodge of Freemasons. If he likes the members, he asks for a petition (an application). If the members like him well enough, and believe he would fit in nicely with them, they give him a petition and the process begins. He said that he thought Freemasonry would be good for me, and that I would be good for Freemasonry. He also said that along with marrying his wife, it was the best thing he had ever done. He said he would mail some information to me, and let me know when an interesting public event would be taking place. I read the pamphlet, which was interesting, and several months later when Steve invited me to attend the installation of officers at one of his lodges, I asked, “Where, what time, and how should I dress?”

I witnessed some pageantry and ritual, which I found unfamiliar, old-fashioned, but oddly sweet and comforting. I could see that respect was the foundation upon which all they did was built. The incoming lodge master thanked the wives of the members for being generous with their claims to their husbands’ time, and assured the women that, “We are trying to become better men, better fathers, better husbands, and better citizens.” Then my new friend presented a nearby elementary school with a donation the lodge brothers had raised, which was to be used to buy instruments for the school’s music program. I was really taken by the spirit of this group of men about which I had really known nothing.

A few weeks later, Steve invited me to a ceremony at the Scottish Rite, an appendant body in Freemasonry – meaning a group that Masons could join, but were not required to. The Scottish Rite is often called “the University of Freemasonry.” After some of these members received their commendations for their service to the group, one of the officers presented a donation to the visiting grand master of all Masons in California (sort of like the governor). Another officer presented a donation to the grand master’s wife. Yet another member, representing a foundation, presented the grand master with yet another check. In his most gracious thank you speech, the grand master declared that all three donations would go to the “Raising a Reader” program that was a particular program that California Freemasonry supported. I was hooked. I told Steve, “Sign me up!”

My Masonic journey has been nothing less than a wonder. I have since joined about seven different Masonic organizations or groups. I am an officer in three of them. I have met some of the most amazing men I have ever known. Their wives who often come to our dinners are equally wonderful. We are engaged in various charities, further education in history and philosophy, and have a full schedule of dinners and other fun social activities. We have also sworn ancient and sacred oaths on how we will treat each other, each other’s families, and the world in general. Because of how my parents raised me, the approximately fifty oaths I have taken were merely statements that I would continue to try to behave like the person my parents planned to bring into this world.

This morning I attended the funeral service for a fellow brother Mason. He was a man I hadn’t known very long, but with whom I immediately forged a personal connection. Our family backgrounds were similar, but even without that, I quickly learned that he was a man of honor, character, sincerity, and love. There was a huge turnout for his memorial and the graveside service. Tough grown men were not ashamed of their grief for this departed brother.

At the graveside, another Masonic brother of mine was standing near me. We had both referred to the lost brother as “Uncle Freddy,” as did countless others. My dear lodge brother put his hand on my shoulder, and whispered in my ear, “If you had nobody else, I would bury you myself.” Afterward, the great crowd adjourned to Uncle Freddy’s lodge and partook of a celebration of his life, complete with a Jewish deli spread that Uncle Freddy and I might have shared on a happier occasion. It was a sad day that nevertheless brought me closer to my living Masonic brothers.

Our Masonic lodges are made up of men – White men, Black men, Latino men, Asian men, and Middle Eastern men, American men and immigrant men, Jewish men, Christian men, Muslim men, Buddhist men, and Hindu men, married men, single men, divorced men, and widowed men, straight men and gay men, rich men and poor men, men from the professions and men from the trades, men from a long line of Masons and men who are the first Masons in their families, healthy men and men who are suffering from illnesses, athletes and men who need help standing. We do not discuss religion, politics, or business in our lodges, because we focus on what unites us rather than what divides us.

In the last sixteen years, our world has become a very different place, a far more hateful and negative place than many of us ever imagined it would be. In our own country, many individuals and groups, even presumptive political leaders and their supporters, have become surly, vulgar, profoundly ineloquent, and just plain mean and nasty.

Yet I am blessed to belong to an ancient fraternity, where men hug each other and say, “I love you,” where we would do anything to help out each other, on a moment’s notice, twenty four hours a day, and where a handshake and a man’s word are his bond.

I’m perfectly willing to help my fellow men and women build on that, as long as it’s a bridge and not a wall.

7 Essays, Freemasonry I Am a Mason

22 Responses to I Am a Mason