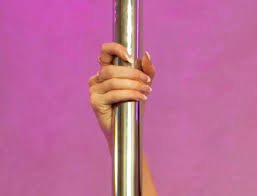 When my time on staff at a major motion picture studio was coming to an end, my boss was gracious enough to allow me to set myself up in an empty office in a nearby trailer, and focus entirely on finding a job. Most of my daily responsibilities were being covered by my colleagues and interns while my job was finding a job.

It was with great relief and excitement that I received the news that a “head hunter” would be coming to the studio lot to interview me for a spot in their stable of young production talent whom they would hope to place in coveted positions within the industry.

I revised my resume, practiced answering interview questions in front of the bathroom mirror, had my one suit cleaned and pressed, and even sprung for a new necktie. The entire week I was a bundle of nerves as I counted the days to the beginning of my career “liftoff.”

When the fateful day arrived, I began counting the hours. My mouth felt dry, my heartbeat echoed in my inner ears, and I was conscious of a thin layer of sweat under my clothes in spite of the near arctic air conditioning in my office.

As the hours turned to minutes, I gathered my papers, suppressed the lump in my throat, and walked to the interview like I was walking into surgery.

I arrived at the appointed office, and a young recruiter introduced herself and ushered me in. She was pleasant, heavily made up, dressed in a business suit with a very short skirt. And she was very curvy. She seemed to be noticeably charmed to meet me. She turned on a video camera as she told me she was going to record the interview. She took off her suit jacket, settled into the office couch, and asked me to sit with her. Without her suit jacket, her curves were even more profound. She had apparently opened the top two buttons on her white dress shirt, and it was obvious she was wearing the kind of bra that never fails to make me wonder how painful it must be for a woman who chooses to flaunt her “assets.”

The interview began. She asked me a few standard questions about my experience and what I could offer my next employer. As focused and determined as I was to nail this interview, I became acutely aware that she was staring into my eyes the way a woman does when she is very interested on a very personal level. She suggested I take off my jacket and loosen my tie. While I never assume that a woman is interested in me unless she erects a billboard with a clear message, my undergraduate studies in human communication came flooding back to me. (Who thought that degree would be useful?) My “spidey senses” surmised that by virtue of her body language she was on the verge of making some kind of move. Her face was flushed, her breathing became heavier, and her hands trembled slightly.

Before I could complete the thought, she got up from the couch, approached the video camera, and turned on a portable stereo under the tripod. She began to gyrate rhythmically to the music. She opened another button of her shirt, further exposing her breasts and causing them to respond to her movements.

I thought, “What the hell is going on?”
“Why is the recruiter playing music in the middle of my interview?”
“Why is my interviewer dancing when she should be sitting on the couch asking me about my professional goals?

She opened another button.

Suddenly my co-worker John walked into the room.

Paul, Tom, Brian, Steve, and Henry walked in. The interviewer opened another button on her frilly white shirt.

“Why are you guys interrupting my interview,” I demanded!

There was a moment of forced perspective, like a scene from the “Twilight Zone.” I probably went deaf for a few moments as my mind connected the dots, much like you do when you wake up in a place other than your own bedroom and forgot that you are not at home.

“So this isn’t a job interview?” My heart sank.

A week’s worth of heightened anticipation and preparation for the most important day in my budding career was all for naught. There was no job interview. The recruiter was not a recruiter. There was no “head hunter” agency. There would be no job. It was all a ruse.

Instead, a woman I did not know was pretending to try to arouse me, all for the amusement of my soon-to-be-former co-workers. A woman in a rapidly dwindling wardrobe was gyrating sexually for my “benefit” in front of about twenty guys.

My co-workers were thoroughly amused, while I found the whole affair to be awkward, demeaning to the woman and to me, and downright depressing.

When I naively inquired whether there was an actual “head hunter” who would be coming in subsequent days for a real job interview, I was given an unceremonious, “No.”

I’m sure my co-workers felt a great sense of satisfaction in having duped me, not for one minute considering the inevitable disappointment I was sure to experience, but “practical jokes” never amuse the target of the “joke.” (Truth be told, I have always hated that kind of humor.)

The revelers ultimately drifted out of the office, incorrectly figuring I’d want to be left alone with the stripper. When we were alone, she informed me that I was still owed a few more minutes of private dancing. I told her it was not necessary, but she insisted (apparently there is a certain honor in the stripping industry of delivering for services paid).

She finished her routine, handed me the videotape of the “interview” as a souvenir, and began to gather her clothes, as I walked back to my office feeling like I had been run over by a bus.

I don’t want to give the impression that I am a choirboy, a prude, or that I otherwise find the female form objectionable, but it’s all relevant. A man dying of thirst in the desert wants water, not a nudie magazine.

In time I was able to reflect on the spirit with which my workmates had planned their surprise. I did ultimately find it ironic and funny that this all took place on the grounds of the very last corporation in the world where you would expect this sort of thing to happen.

As they say, “When the cats are away in their fancy offices, the mice will play.” 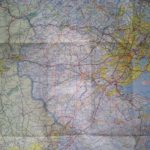 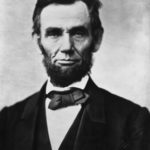 One Response to Job Interview Stripper